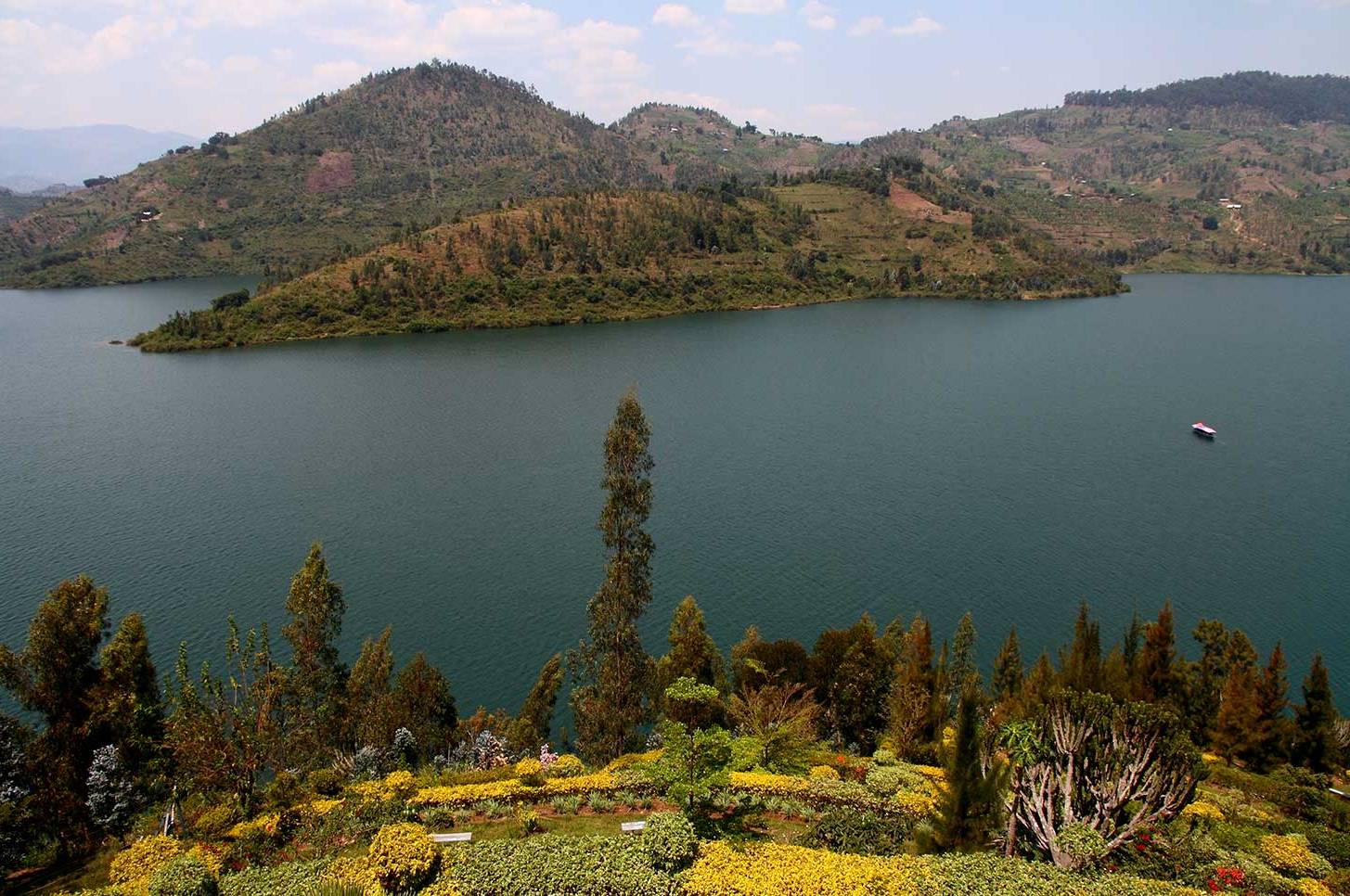 Situated in the western corner of Rwanda, Lake Kivu forms the physical boundary between Rwanda and the Democratic Republic of Congo. This Lake is one of the magnificent African Great Lakes with three main sections including Cyangugu (Southern side), Kibuye (central) and Gisenyi (Northern side) and a haven to wide range of bird species, especially the aquatic and wetland species hence making it one of the bird lover’s Paradise. Rwanda is a small landlocked country known for mainly the critically endangered mountain gorillas that live within the Volcanoes National Park in north-western part of the country. However, there are also over 750 species of birds in Rwanda with the highlights being the Albertine Rift endemics.

Among the country’s most remarkable birding spots is Lake Kivu, especially the shores of the Lake in areas such as Kibuye and Gisenyi among others. This Lake lies at an elevation of 1460 meters above sea level with a minimum depth of 480 meters. Lake Kivu is also popular for being one of the few Lakes in the World that experience limnic eruptions which always take place when gases in the water body especially Carbon monoxide and methane  are eventually released into the atmosphere thus leading to instant death of humans and animals.

Therefore in addition to the common birding areas; Akagera National Park, Volcanoes National Park and Nyungwe Forest as well as the wetland like Akanyaru, Lake Kivu is also an important Birding Area with a diversity of aquatic and wetland bird species that wander around the shores of the Lake.