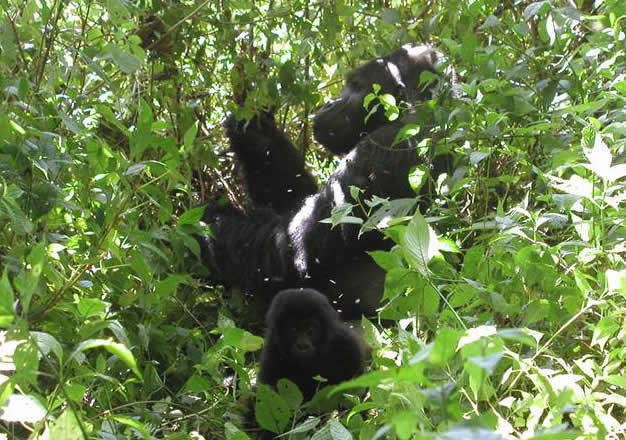 The gray gorillas live in the east of the Democratic Republic of the Congo – an area where there has been war between different rebel groups and the Congolese army for 20 years.

Since that time, efficient conservation work is only possible in some areas or only temporarily. In regional surveys, it has already been shown that the animal world has suffered greatly under this extreme situation, especially the large mammals.

Now, a team of researchers, led by WCS and FFI, have published a report on a population survey of the entire Grauer gorilla population: Status of Gray’s Gorilla and Chimpanzees in Eastern Democratic Republic of Congo. They come to a frightening result: there are probably only about 3800 gray gorillas (the estimate ranges from 1280 to 9050 individuals). This means that their stock has decreased by almost 80% within 20 years.