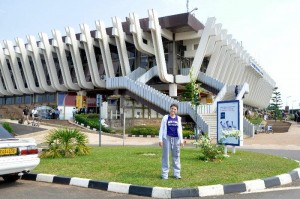 Rwanda government led by President Paul Kagame plans to replace the current Kigali airport with a new one. This will be located in the south of Kigali city near Nyabarongo River in Bugesera.

A new airport location is needed as the existing Kigali airport has no space for further expansion, that is, the current Kigali / Kanombe Airport (KGL) has no room for additional runway and facilities. The new airport will have one runway, but it can allow a second one to be added later. The project began this year 2013, and it is expected to be ready for flights by 2016. 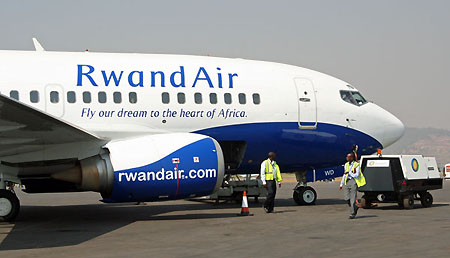 A number of airlines fly to Kigali International Airport. The construction of the second airport is expected to improve tourism in the country, as the number of tourists from different parts of the world will flock into the country to explore the hidden treasures of Rwanda.

It should be noted that Rwanda is famously known to be the home of almost half of the world’s last remaining population of the critically endangered mountain gorillas. These attract many tourists into the country. Mountain gorillas are found in Volcanoes National Park, located in the north of the country, only 90 minutes drive from Kigali.

Other gorillas are found in Virunga National Park in Democratic Republic of Congo (DRC), Bwindi Impenetrable forest and Mgahinga National Parks in Uganda. The fact that the world’s last remaining population of the mountain gorillas is found in the Virunga chain shared by Uganda, Rwanda and DR Congo, Kigali Airport plays a great role as it acts as a transit point for clients crossing the border from Rwanda into Uganda and DR congo for mountain gorilla tracking. The construction of the second airport will ease access to Rwanda thus boosting gorilla tourism in Rwanda, Uganda and DR Congo.

Many people prefer flying into Rwanda (Kigali Airport) for gorilla tracking because the distance from the airport to the park is very short (only 2hrs drive to Volcanoes N.P, and 4hrs drive to Bwindi forest in Uganda), unlike the distance from Entebbe Airport in Uganda to Bwindi or Mgahinga forest that takes over 10hrs drive. To avoid long-distance driving, tourists prefer flying into Kigali Airport in Rwanda than Entebbe Airport in Uganda.