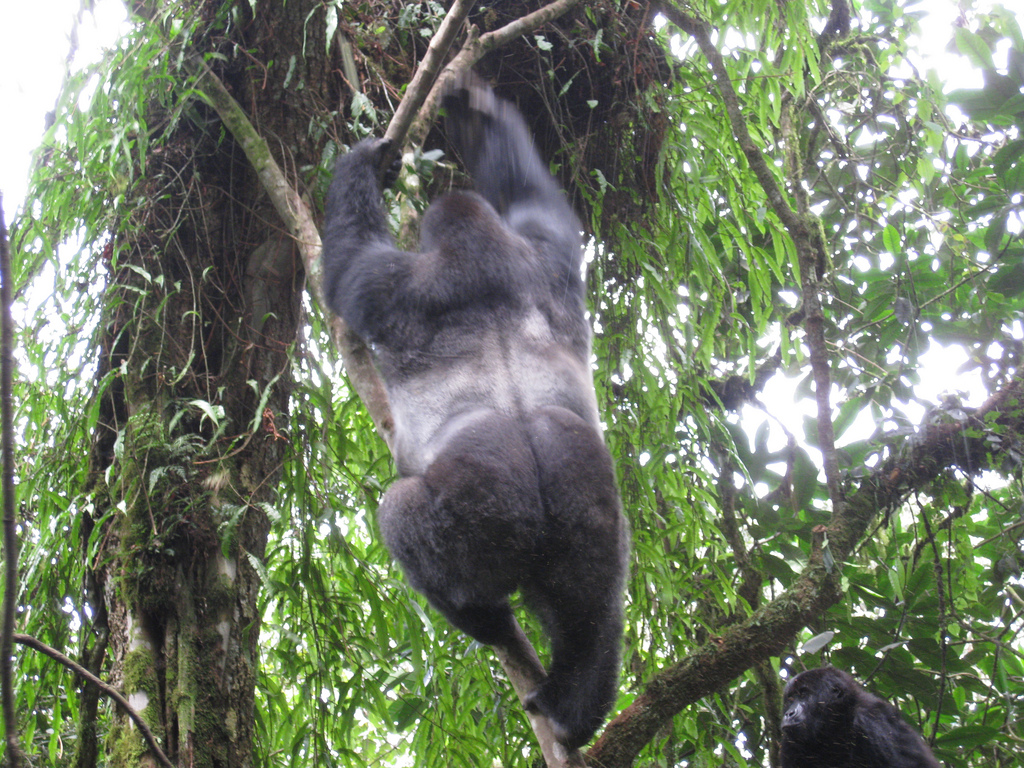 Established in 1970 by a Belgian Conservationist and Photographer-Adrien Deschryver and inscribed as a UNESCO World Heritage Site in 1980, Kahuzi-Biega National Park is one of the largest National Parks in the Democratic Republic of Congo stretching for about 6000 square kilometers (2316 square miles/600,000 hectares) and is found near Bukavu Town within the Eastern side of Democratic Republic of Congo near the western banks of Lake Kivu and Rwandan border.

Kahuzi-Biega National Park was named after the two famous dormant Volcanoes-Mount Biega and Mount Kahuzi that are found within the same area the Protected Area is found. It is known for its exceptional and diverse ecosystems in form of Tropical rain-forests, bog lands, marshlands, Riparian’s that offer shelter to diverse flora and fauna including 136 species of mammals such as the extraordinary Eastern lowland gorillas, eastern chimpanzees, owl-faced monkeys, Buffaloes and Civets among others as well as more than 1178 species of flora and about 340 species of birds. Much as most tourists to the Democratic Republic of Congo know it for Virunga’s Mountain gorillas, the Kahuzi-Biega National Park is a hidden treasure offering extraordinary attractions not seen in other places.

Tourists interested in discovering the hidden beauty of Kahuzi-Biega National Park have to participate in the different activities such as;

Kahuzi-Biega National Park offers shelter to the highest population of the largest gorilla sub-specie in the whole World (Eastern lowland gorillas), making gorilla trekking the top tourist activity to enjoy within the Park. There are currently two habituated eastern lowland gorilla families to be tracked by tourists and because these animals are closely related to humans (98%), they are very vulnerable to several human diseases such as cough and flue hence trekkers are not allowed to track them when suffering from the mentioned sicknesses and also keep a distance of 7 meters away from them. This activity involves hiking through the dense Tropical rainforest following different trails depending on where the family is found but hiking time lasts from 30 minutes to several hours and tourists are provided with masks to avoid spreading human-gorilla diseases. After encountering them, tourists get a chance to learn about them especially how these animals play their different roles. You will be allowed to spend only one hour with the gorillas but it will be one of the most unforgettable moments you ever had.

There are more than 340 species of birds including 42 Park endemic species call Kahuzi-Biega National Park home hence making it a real Paradise for birders. The main species you are likely to encounter during a birding tour include the Congo peafowl, African green broad bill, grey crowned cranes, the yellow crested helmet-shrike and many others. Interestingly, this Park is one of the threatened sites that were put under the protection of the International Union for Conservation of Nature (IUCN).

Visiting Kahuzi-Biega National Park doesn’t only involve seeing the wildlife and bird species but also hiking the two main inactive volcanoes-Kahuzi (3308 meters above sea level) and Biega (standing at 2790 meters above sea level) within the heart of this Park and reaching their summits offers tourists with a clear and spectacular view of the whole Park including its wildlife, vegetation (especially sub-alpine and bamboo) and surrounding communities.

The different vegetation types of Kahuzi-Biega National Park offers shelter to different wildlife species such as the owl-faced monkeys that can be encountered by tourists during nature walks. Hikers here follow several designated hiking trails within the Tropical rainforest to different tourist sites in the Park. Some of the trails include the Tshibiti waterfalls trail leading to the three waterfalls found in the Park. The good new about this Park is that usually the experienced guides lead tourists to the sites and help in spotting different vegetation types, wildlife and bird species in the National Park hence having a memorable experience.