Gishwati-Mukura National Park lies on the Congo Nile, Northwestern Rwanda and it features as the newly founded protected area in Rwanda. The park was established in 2015 making it the miracle national park in remarkable Rwanda. This protected refuges most of the mammal species such as the Red River hogs and Southern 3 hyrax, over 5 primate species including the Eastern Chimpanzees, Blue monkeys, Black and white colobus monkeys, L’Hoests monkeys and golden monkeys and over 130 bird species 20 of which are Albertine Rift endemics and many more threatened species. 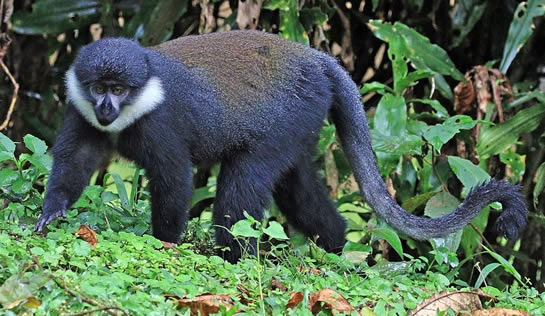 Being one of the stunning forests, it offers refuge to over 58 tree species most of which range from hardwood to bamboo. Gishwati Mukura National Park originally formed a single track of forest that extended from the North joining the Volcanoes National Park and the Nyungwe Forest National Park.

The Gishwati National Park can be visited at any time of the year. However, experiences 2 wet seasons and 2 dry seasons and for interested visitors, the park is best explored from June to September and December to February and these are dry seasons. You may also pay a visit to the park during the wet season that starts from March to May and October to November. Note that these months are characterized by heavy rainfall and primate adventures tend to be very challenging in most cases.

What to do in Gishwati National Park?

Gishwati National Park features among Rwanda’s important birding sites. It refuges the most sought after Albertine rift endemic species that make up a total of more than 20 species and this makes it one of the perfect birding sites. For birders, some of the notable bird species for you to look out include the Rwenzori Turaco, Weaverbird species, Mountain yellow warblers, Grey-crowned cranes, Strange Weaver, Martial eagle, Wood hoopoes, Regal Sunbird, the Red-throated alethe, and others. 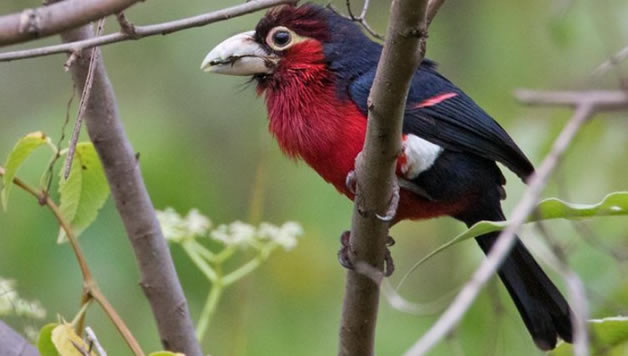 This park features few primates but chimpanzee trekking is conducted throughout the year. The feeling may not be rated to that of the Nyungwe Forest National Park where over 13 distinct primates thrive within the same habitat. The chimpanzees in Gishwati Mukura were believed to have almost got extinct from the wild about a decade ago as a result of poaching and habitat loss, however, the latter has changed given the collaborative efforts from the Rwandan government and many Non-Governmental Organizations (NGOs) that have come up to support the conservation of the forest and other wildlife species. Chimpanzee adventure in this park is similar to that of other sites whereby visitors will first gather at the park headquarters for an early morning briefing on dos and don’ts of chimpanzee tracking while in the forest.

Other activities include hiking and nature walks that offer you a chance to explore more of the park’s primates and birdlife especially the blue monkeys, the black and white colobus monkeys, golden monkeys, L’Hoests monkeys and not to forget about 60 tree species which include the Mahogany, orchids, Macaranga kilimand, tree ferns, bamboo, blue lichens, colourful butterflies and mammal species especially the southern three hyrax and the red river hogs and many more. Amphibian species like the brown forest frogs and reptiles like the bush vipers and chameleons.

You may also embark on cultural encounters to one of the local communities around the park.

A trip to this park can only be complete when there are comfortable accommodation facilities for you to retire after or before your dream adventures. The prominent lodges include for you to spend a night over include Gishwati Lodge.