Welcome to Rwanda, a beautiful country of a thousand hills, located in East Africa, covering an area of 26,338 Sq km (10,169 Sq mi). Rwanda has mainly 3 ethnic groups namely; the Hutu, covering 84%, the Tutsi covering 15% and Twa covering 1%. The official languages are French, Kinyarwanda and English. Kigali is the capital city, considered to be one of the safest and cleanest cities in Africa. 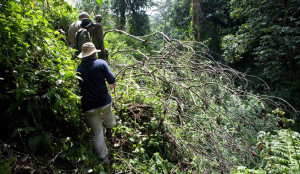 Rwanda is one of Africa’s most popular holiday destinations and attracts many tourists from different parts of the world. The country in habits almost half of the world’s last remaining population of the critically endangered mountain gorillas, found in Volcanoes national park. Mountain gorilla trekking is the most popular tourism attraction, followed by genocide memorials, culture, mountain hiking and chimpanzee tracking among others. Below are Rwanda’s Major Tourism destinations;

This is the largest Montane forest in East and central Africa, located in the western park of Rwanda, 5- to 6hours drive from Kigali. Nyungwe forest inhabits 13 primate species! This is the largest concentration in Africa! Among the tourism activities here include Chimpanzee tracking, colobus monkey trekking, forest walk, canopy walk and bird watching among others. Read more

Since the 1994 genocide in Rwanda, several places were gazetted into genocide memorial museums that attract many tourists into the country to witness what really happened before, during and after the genocide. Among these include Gisozi genocide museum in Kigali, Nyanza and Nyamata Churches, Murambi Technical School, Bisesero genocide memorial and Gisenyi genocide museum among others. The cultural sites include Nyanza king’s palace and iby iwacu cultural village among others. Read More