Nyanza Royal Palace is a Rwandan Ancient History Museum and must-visit site for locals and foreign tourists interested in learning about the lives of Traditional Rwandan Kings. This site is also one of the few escape places for tourists who desire to get away from the hustle and bustle of the City life. This dome-shaped building with typically traditional materials is nestled on top of a hill in Nyanza Town, 35 kilometres north of Butare Town in the southern province of Rwanda. 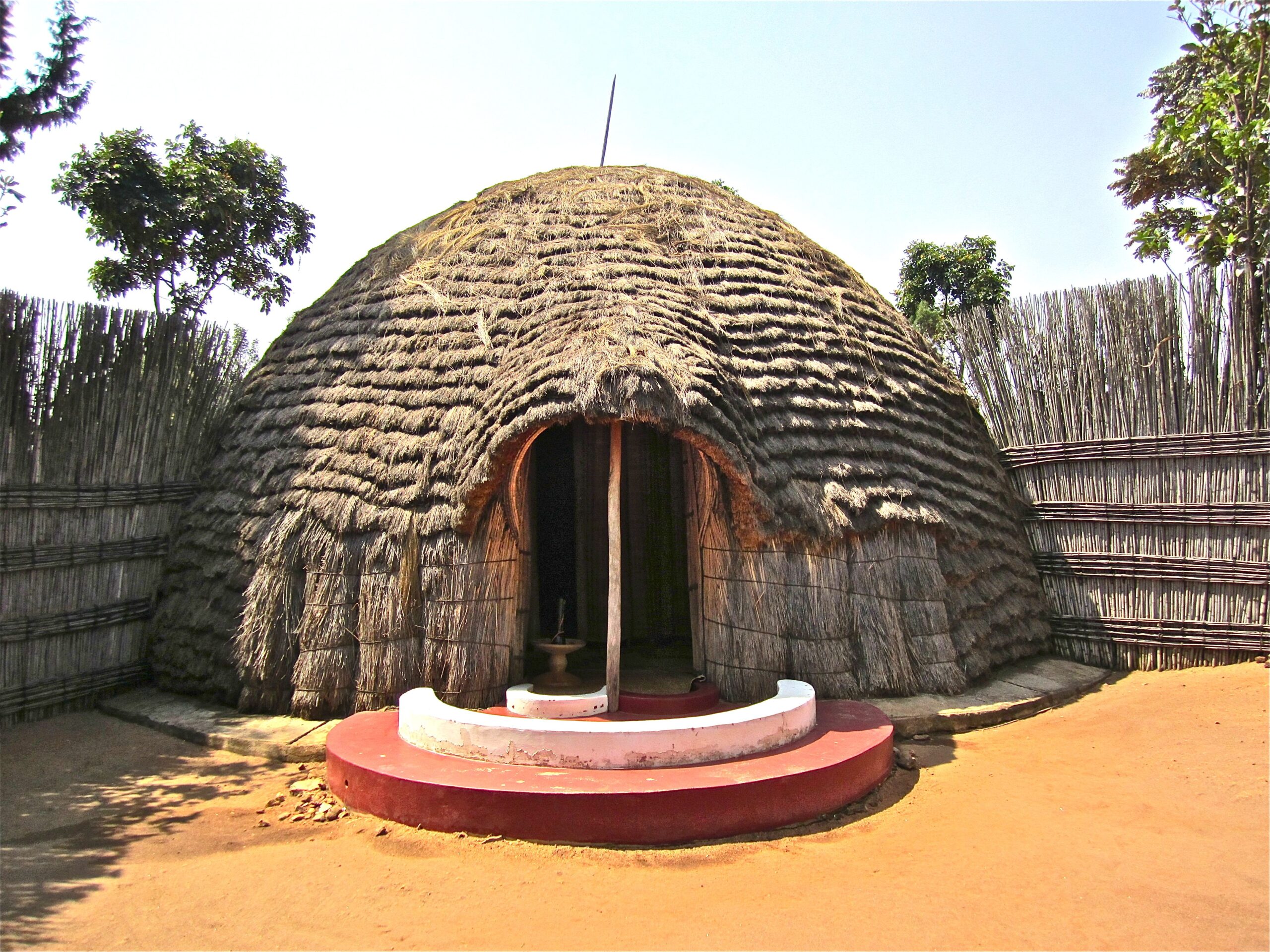 Nyanza Town is only 90 minutes’ drive from Kigali City and is always considered the center of Rwanda’s Royal Traditional history. The road leading to this Town is paved with many commuter taxis heading to the Town but is not the best way to reach the site and you are advised to instead opt for private transport means.

Nyanza Royal Palace is the former home of Mwami (King) Mutara III Rudahigwa and is therefore a Museum that displays his life at the Palace, including the reign of King Yuhi V Musinga as well as his son Mwami Rudahigwa.

This ancient Nyanza Royal Palace is one of the remarkable sites that display typical traditional Rwandan Monarchy and is modelled according to the 1950s Italianate Bungalows and decorated in pale green exterior and a sparse interior with grand fireplaces. Its most extraordinary rooms are the sleeping quarters and inside the bathroom with some of the most stunning regalia, you will ever see in African monarchies. The Royal hut was erected to show life as it was during the reign of Mwami Musinga who was the last King to live in such a hut.

You will see the spectacular Mwima Hill across the Valley and its where King Mutara III Rudahigwa and Queen Rosalie Gicanda were reportedly laid to rest. When you visit this Royal Palace, you will also see the Rwesero Hill where the Royal Palace is found and was said to be King Mutara III Rudahigwa’s residence constructed by Belgians in 1931. However, he never lived to stay in it but was later turned into an Arts Museum where different Artworks that show the history of Rwanda are found.

To make your tour complete and memorable, you have to go on a spiritual tour of the Roi Church because it is where the King (Mutara III Rudahigwa) was nicknamed Mutara III Rudahigwa Pierre Charles and it also at this site that he eventually gave his life to Christ Jesus on the 27th October 1946.

One interesting thing about this King is that he was the first Monarch to convert to Catholicism. When you visit this Museum, you will be able to learn about the interesting architectural uniqueness inside the Royal compound such as why the Royal beer brewer’s hut had a strange entrance without a lip as well as why a woman who looked after the King’s milk was never meant to get married. Behind the Royal compound are the majestic Inyambo (sacred cows) with their long horns with tips exceeding 2.5 meters.

Sadly, the majority of the furniture and presents the King received from visiting dignitaries were stolen and destroyed during the 1994 Rwandan genocide but it’s still a magnificent site to wander through and relish.

Therefore, in addition to keeping ancient objects, Museums are important tourist sites that can be visited by tourists on Rwandan safaris.