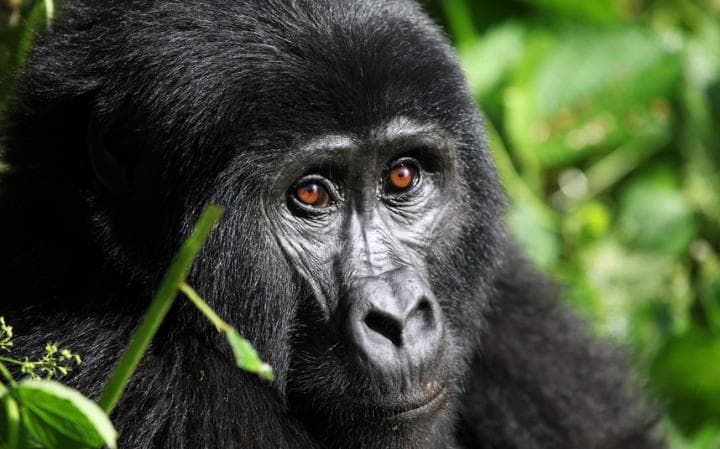 The famous mammalogist George Schaller featured as the first to research gorillas around the 1950s. However, it was till Dian Fossey the famous American primatologist who brought the plight of these dramatic creatures to international world. She conducted research on these unique primates for about 18 years in the jungles of Volcanoes National Park. She spend much of her time in the tropical rainforest, raised funds for rangers and safeguarded gorillas despite the severe dangers from poachers but unfortunately, she was mysteriously murdered around 1985. About 250 individuals of these unique apes thrived in the wild under severe threats during Dian Fossey’s time.

In Bwindi Impenetrable Forest National Park, gorilla safaris began around 1993 when the Mubare gorilla family was first habituated for tourism and was tracked by visitors on safari in Uganda. For enhanced adventures with these special creatures, Bwindi National Park has also introduced Mountain Gorilla Habituation Experience the only primate adventure that is conducted in Bwindi in the groups of Bikingi and Bushaho. This new adventure offers trekkers opportunity to spend about four (4) hours with these unique apes in the wild.

Bwindi Impenetrable National Park features about 400 individuals of rare mountain gorillas and about 11 groups have been habituated for visitor experiences. The usual treks start in the four of the main tracking regions of Buhoma, Nkuringo, Ruhija and Rushaga sector. Buhoma features families like Mubare, Habinyanja and Rushegura; Ruhija sector features gorilla groups such as Oruzogo, Bitukura, Kyaguriro; Rushaga area has the families like Nshongi, Mishaya, Kahungye, Busingye; Nkuringo region features only Nkuringo family.

The treks begin with early morning briefing by the park official who takes visitors through the code of conduct while with the species in the wild. Mountain gorillas share about 98 percent of their DNA with humans making them the most susceptible species to human infectious diseases. Because of this, trekkers are required not have any signs of illness and only 8 (eight) visitors are permitted to track one habituated gorilla group per day and only one hour is given for visitors to strike their imaginations with the apes in the wild. Also, visitors are required to maintain a distance of seven meters at all times from the apes and never try touching the apes. While taking photographs, make sure that your camera has no flash light and if it has, ensure that the flash lights are turned off before taking pictures of these critically endangered apes. Some families are just a short walk off Buhoma however; others may require you to spend a bit a longer time of about 1 to 8 hours depending on their location, your hiking speed and nature of gorilla habitat.

Bwindi National Park covers an area of 331 square kilometers and features mainly thick tropical rain forests which at times makes it challenging for visitors to hike through especially when it rains and the ground becomes slippery. However, for visitors with heavy luggage, you can hire a porter to get you relieved from the heavy load and you only concentrate on your actual trek. Porters can be hired at $15.

Gorilla trekking permits for Uganda cost $600 per visitor which is relatively cheaper than the cost of tracking gorillas in the Rwanda Volcanoes National Park which goes at $1500 per visitor.

From the above discussion, depending on sector that your permit will direct to but gorilla trekking is exceptionally the most thrilling and breathtaking adventure that rewards visitors with lifetime experiences.