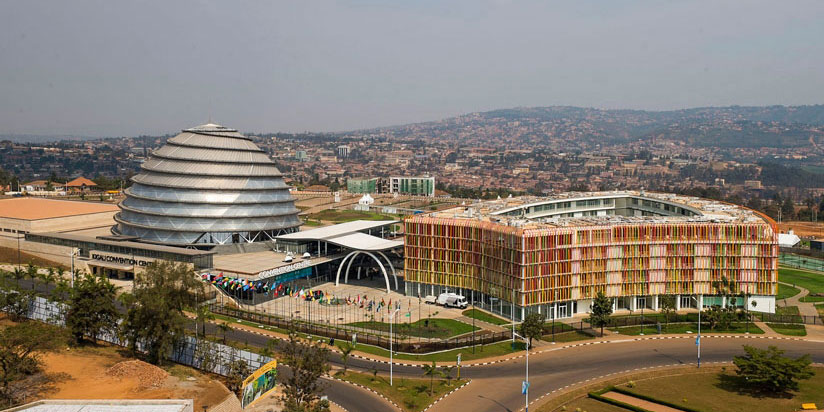 Are you planning your vacation to Kigali but you do not know which things to do while on safari in Rwanda? Do you love city tours and you need to get out of the usual environment? Well, Kigali is Rwanda’s most remarkable capital city. It features among safest and cleanest cities making it one of the rarest commercial centers in Africa and the world at large.

It is occupied by almost 1000000 people making it also one of the unique cities where chaos isn’t the order of the day as it is the case with most cities. It is ideally traveler’s most friendly towns compared to most African capital cities. Today, this city isn’t only the busiest business center but also best tourist site given its diverse attractions that are worth exploring while on city tour or any Rwanda safari.

If you are planning for your trip to Rwanda, never miss to pay a visit to Kigali-Gisozi memorial site. This is one of the sacred sites where about 250000 innocent people lost their lives in cold war in 1994 during the Rwanda genocide. This remarkable memorial place is situated near the center of town and it offers travelers opportunity to explore more about terrific event that took place within 100 days. A visit to this sacred place is for strong hearted as some of the videos, images and displays will be touching at the depth of the soul. However, today, Rwanda is re-establishing itself and they have vowed ‘Never Again.’

Dr. Richard Kandt established the Kigali of today way back in 1907 to 1908. It was officially designated by the German governor in Dar-es-salaam as the town of Kigali. Richard Kandt was the famous explorer and discoverer and featured as the first official representative of Germany in Rwanda as Resident of Kigali. He spread the coffee plant around Rwanda and promoted coffee farming in the country. Today, most travelers pay a visit to his former home and gardens restored by the German Government and home to Rwanda Museum of Natural History. A museum where new displays are being added overtime making it an even more exciting site to explore. The Rwandan government started the president Museum of natural history in 2008 with main aim of exposing Rwandans and travelers to the biological and geological diversity in the country.

Visiting the state house museum allows you to explore more about the former Presidential Palace as well as events that led to the Rwandan genocide. There are some displays and secret rooms that are waiting for you to explore while on safari in Rwanda. At the garden wall, tourists can have a view of the remaining wreckage from Juvenal Habyarimana’s presidential plane and where it was shot down.

This hotel was made popular in the movie of Hotel Rwanda that gives insight of the story of how the hotel served as refuge for many during the Rwanda genocide in 1994. You can have a drink at the pool bar and traditional African music with live entertainment during weekends.

Guided safari to the Muslim quarter of Nyamirambo

This is part of Kigali where life goes on after dark with quaint pubs and sites where visitors can grab some goat brochettes and enjoy the evening with good friends newly created while on safari in Rwanda. The Nyamirambo Women’s Center provides guided walking safaris of the Muslim Quarter of Nyamirambo. This is one of Kigali’s most diverse and stunning neighborhoods. The safari takes visitors via homes with their Arab influences, the market, hair salons, recording studio, West African tailors and many more. One of the hosts will invite you to one of their homes where you will have opportunity to learn how to prepare the Rwandan menus.

Around 7th April, 1994, about 10 (ten) Belgian soldiers all privates were killed. They were guarding Madame Agathe Uwiligiyimana, the Rwandan prime Minister and her family. On 7th April, 2000 the Belgian Government revealed a memorial to the ten soldiers on the grounds of the former military camp in Kigali. It features a simple three room structure where the bullet holes of the attacking soldiers of the Forces Armees Rwandaises (FAR) sprayed the hide out with bullets and murdered those who had taken refuge to this area.

This is another most exciting and rewarding activity that you need to par take while on safari in Kigali. It takes visitors through hills, sights, villages and many more areas in and round city center. Your rides will take you through Mount Kigali and many other areas that will fill you with the most thrilling experiences of lifetime. You can embark on this adventure in the morning.

The site was opened around 2012 as way to display and offer opportunities for local Rwandan artists. Inema art center has become one of the most stunning modern art galleries in the city centre with paintings, sculptures and traditional crafts. It features many pieces that are also for sale and can be shipped internationally making it one of the remarkable of a kind souvenir. The site also provides the best ground for dance and music performances and courses.

Therefore, Rwanda safaris are not only for wildlife but also for visitors to explore what Kigali capital city holds for the world travelers. Visit this prominent city center and be filled with lifetime experiences.